I’m not sure how many of my readers are familiar with the story of Thomas Silverstein.  He was convicted of multiple murders while behind bars, and as a result spent the last 35 years of his life in almost continuous solitary confinement.  He died in hospital in Colorado last month.

Silverstein was profiled in Pete Earley’s 1992 book “The Hot House:  Life Inside Leavenworth Prison“.  He became something of a celebrity as a result . . . largely to those who had little or no idea just how very dangerous this man was, and how utterly evil his actions were. 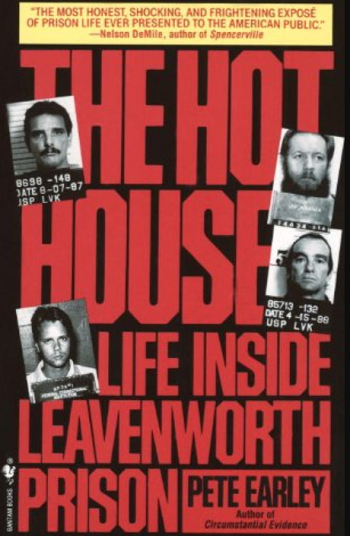 (By the way, I highly recommend Pete Earley’s book.  It’s a very accurate portrayal of prison life at the time it was written.  Some things have changed since then, but the overall reality has not.)

Silverstein killed three men behind bars, including a prison guard.  I have little doubt he’d have done so again if he’d been given half a chance.  The Bureau of Prisons (where I served as a chaplain) had no doubt at all.  It gave him a unique security classification of “no human contact”, and enforced it rigorously.

Pete Earley wrote about Silverstein on his blog after his death (in an article that I consider overly generous to the deceased):

In a drawing that Silverstein did for me, he wrote: “Sitting, silently, thinking, screaming 4 freedom from this constant insanity and endless solitary confinement…” I asked him once what it was like to be in isolation. He suggested that I go into my bathroom, shut the door and not come out for twenty-four hours. I lasted less than an hour.

He occupied himself by painting – becoming a skilled artist. He sent his drawings and artwork to those who corresponded with him. The BOP refused to allow him to show or sell his art. He also practiced meditation and yoga. After my book was published, he became a celebrity, and spent hours writing letters, including to several individuals in foreign countries. Articles about him often glamorized him, much to the dislike of the BOP and the Clutts’ family.

His letters were filled with contempt toward the BOP and the criminal justice system. He frequently reminded me that since Clutts’ murder, he had become a “model” convict, with no major infractions, but none of that mattered in how he was being treated. At one point during riots in Atlanta, he had an opportunity to take revenge against BOP officers being held as hostages. He chose not too and was bitter when he later learned that federal officials had been given permission to “shoot on sight” if they encountered him while regaining control of the penitentiary. (In the end, it as a group of prisoners who overpowered him and turned him over to federal law enforcement.)

I spent a year at Leavenworth between 1987-89 and during my research I saw first-hand how Silverstein had become a mythical figure. Most correctional officers had never met him, yet they considered him the devil incarnate. (He claimed to me that every new warden put in charge of him, immediately stripped him of his privileges to show he didn’t believe in coddling him.) Meanwhile, convicts, most of whom had never met him, spoke of him as if he were a convict super hero.

There’s more at the link, and in a follow-up article where Earley acknowledged some of the darker aspects (of which there were many) of Silverstein’s character and actions.

I don’t believe for a moment that Silverstein had reformed in solitary confinement to the point that he was no longer dangerous.  On the contrary:  I believe that the only reason he committed no disciplinary infractions for many years was that, in such extreme isolation, he had no opportunity to do so.

Silverstein is not alone in the danger he posed to corrections officials.  There was one such inmate in the penitentiary in which I served, about whom I wrote in my memoir of prison chaplaincy. 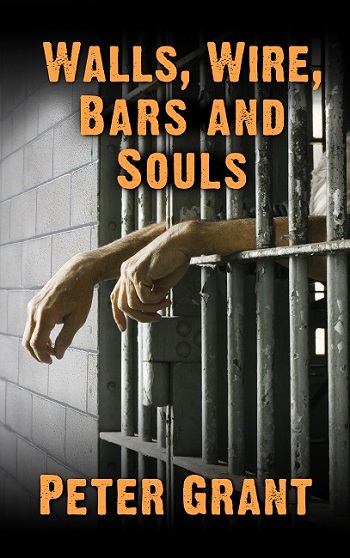 There are also particularly dangerous individuals who hold themselves aloof from gangs. We shipped one off to Supermax after holding him in isolation in SHU for a long time. He’d murdered his cellmate, and used to boast that he was going to kill one of the staff before he left. He had nothing to lose, after all. He’s going to be in prison until he dies. If he succeeded in killing a staff member, how could we punish him? Another life sentence wouldn’t make any difference, and the death penalty would actually be merciful compared to the many decades he faces behind bars. You may be sure that we were very careful in how we handled him. He never left his cell without being shackled hand and foot, and guarded by a three-person escort under the command of a Lieutenant. We all breathed a sigh of relief when he left us — all except the crew assigned to escort him to Supermax. Their language reportedly scorched paint from the nearest wall when they were informed of their selection! (I’m pleased to report that they made it back safely.)

I think Silverstein is an example of why the death penalty should remain on the books, even though I’m opposed to its use in all but the most clear-cut, unequivocal and egregious cases.  (There have been too many convictions that were later overturned on the basis of new evidence.  One can release a wrongly convicted prisoner from confinement, but one can’t bring back a wrongly executed one.  For that reason, I believe the death penalty should be reserved for only those cases that can be proven beyond any doubt whatsoever, with multiple proofs of guilt and no “gray areas” that might lead to future exoneration.)  In Silverstein’s case, and those like him, I think multi-decade solitary confinement is as much torture as a more physical punishment.  What’s more, it costs the taxpayer hundreds of millions of dollars per year to maintain specialized facilities, both Federal and State, to keep them separated from the regular prison population.  I think it would be kinder, more humane, and more economical to sentence such individuals to death.  It would certainly remove a major, ongoing threat to the lives of corrections officers and other inmates!

I find myself ambivalent at the news of Silverstein’s death.  I’m a Christian and a pastor.  I’ll wish Hell on no-one.  Therefore, I’ll pray for forgiveness for his sins, and hope that he repented of them, so that even such a monstrous criminal as he might perhaps sneak through the Pearly Gates at the last minute.  On the other hand, I don’t think he ever showed true, real remorse for his actions;  and, absent that, I don’t think anyone has much of a chance at the right sort of eternity.

I wonder if the souls of those he murdered were present when he gave a final accounting for his life, to the Judge whom I believe we must all face one day?