The news media’s performance over the Covington affair was so shameful as to almost defy belief . . . yet they’re mostly unapologetic, and even eager to do it all over again at the earliest possible opportunity.  The truth is not in them.

In that light, this quotation from Mark Twain is worth remembering.  (A tip o’ the hat to HMS Defiant, where I found the graphic.) 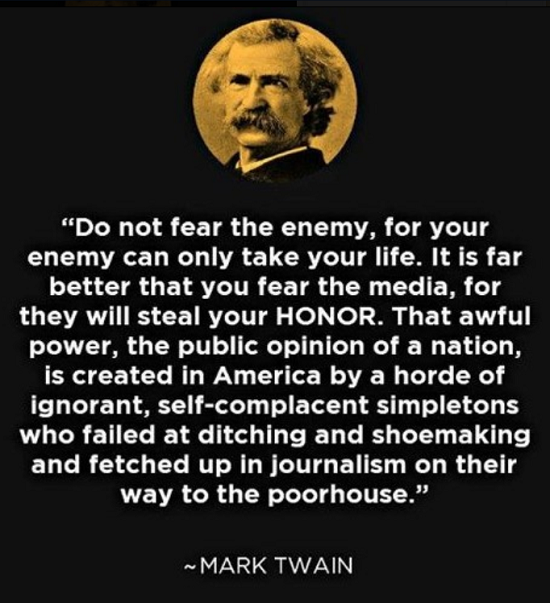