Today’s winner is from Poland.

A woman in Warsaw, Poland, abandoned her car after she jammed it between two walls trying to reverse away from a car park.

Wiola Nowicka, 67, attempted to turn around in the car park’s narrow driveway once she noticed the high prices she would have to pay.

Nowicka’s bad sense of judgement resulted in the driveway being blocked for five hours, as her car was wedged between the driveway walls. 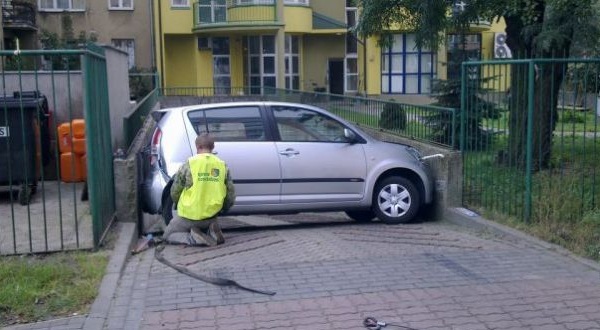 ‘I didn’t mean to be a nuisance,’ said Nowicka. ‘After a few turns I couldn’t go backwards or forwards any more.’

Engineers were able to get the car out from the tight space, with careful inch by inch precision.

I just don’t get it. I mean . . . how can anyone get a car so tightly wedged as that? I’d have thought it impossible! Clearly, she’s an above-average driver, if she can manage that!