NASA has made available a composite image of the nearside of the Moon, compiled by the Lunar Reconnaissance Orbiter camera. Its Web site says:

For two weeks in mid-December 2010, the LRO spacecraft remained nadir looking (straight down) so that the LROC Wide Angle Camera (WAC) could acquire ~1300 images, allowing the LROC team to construct this spectacular mosaic.

The image is shown below, but of course this is a scaled-down, non-zoomable version. Click it to go to the Web site with the zoomable image. We’ll refer below to the crater circled in yellow. 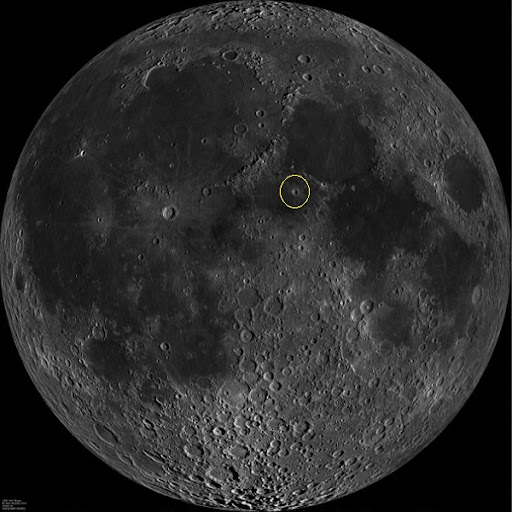 To scan the image in detail (on the mission Web site), click on the part of the image you want to view. It’ll zoom in progressively as you click, until it reaches maximum resolution (or you can use the sliding image magnification scale at the bottom of the Web page). As an illustration of how detailed it gets, note the crater circled in yellow in the image above. This is what that crater looks like at maximum resolution. 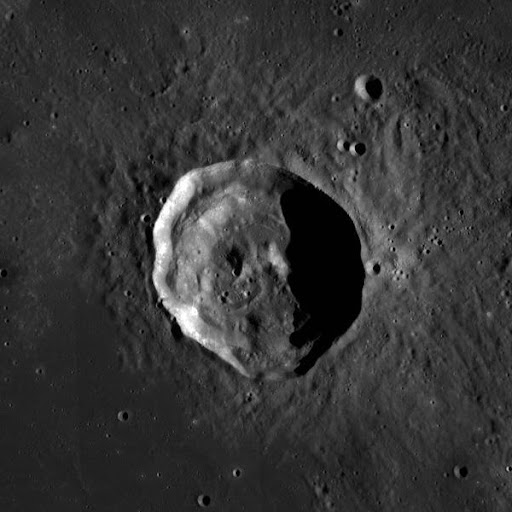 This isn’t the only composite image of the Moon NASA has provided. You’ll find a list of them here – scroll down to see it. Highly recommended viewing.