Being from Alaska, Miss D. gets more than a little angry when she sees people driving around in cars from which they’ve not swept the snow and ice, so that it flies off at speed and hits the vehicles around them.  Apparently, in the frozen north, the cops ticket drivers who do that – which sounds like a good idea to me.

I thought about it after finding this picture on MeWe: 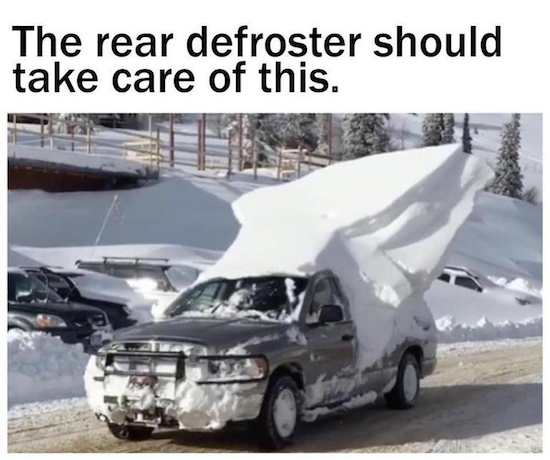 Look at that compressed rear suspension! I’d love to know what all that snow weighs . . .