The so-called “Extinction Rebellion” protests that have swept Europe in recent months came to Germany’s capital, Berlin, on Monday.  A camp was set up in a park to accommodate hundreds of protesters. 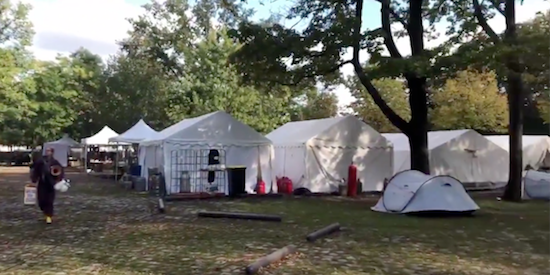 Unfortunately for the holier-than-thou, “pure” Extinction Rebellion activists, who (among other things) are protesting the use of fossil fuels such as gasoline or diesel, the camp needed electricity.  Did they use batteries?  Like hell they did!  A Twitter user caught their hypocrisy on video, for all the world to see. 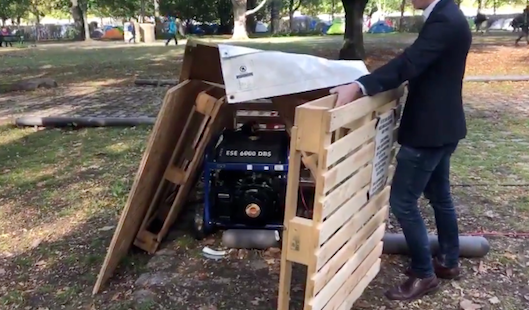 Yes, that’s a generator!  They came to protest fossil fuels, among other things, and then proceeded to burn such fuels themselves so they could keep their phones charged.  They clearly knew they were betraying their own principles, because they tried to hide the generator underneath several pallets, so it wouldn’t be noticed.  Rather than live up to their principles, they took the easy way out.