I was intrigued to read that the US Special Operations Command is looking into fielding up to 75 light attack aircraft.

The US Special Operations Command plans on buying 75 fixed-wing aircraft for its just-announced Armed Overwatch program.

The aircraft are intended for close air support of special operations troops, according to a notice announcing an upcoming industry day posted online 3 February.

The program is similar to a faltering light attack experiment within the US Air Force (USAF), which aims to show light attack aircraft, specifically the Textron Aviation AT-6 and Sierra Nevada /Embraer A-29, could cheaply boost the air-to-ground attack capabilities of US allies and foreign partners … The Armed Overwatch program is closer to the USAF light attack experiment’s original goal of providing the US military with a cheaper alternative for air-to-ground attack missions, compared with expensive-to-fly fourth and fifth generation fighters such as the Boeing F-15E or Lockheed Martin F-35.

Initially, Armed Overwatch would be pursued as a prototype initiative to demonstrate the concept, says US Special Operations Command.

If the demonstration phase proves promising enough, US Special Operations Command plans to award a follow-on contract with a base 5-year ordering period, plus a 2-year option, for 75 aircraft and MRO support.

The USAF had been fiddling around with its Light Attack Aircraft Program since 2009, making little progress (and looking very much as if it didn’t really want to make progress).  It finally killed it off this month, de-funding the program in its latest budget request.  Its slow progress and seeming lack of real interest in the project has caused concern (not to mention anger) in some quarters.  However, SOCOM has now stepped up to the plate with its own funding request.  This is intriguing, because the USAF has always lobbied hard against fixed-wing combat aircraft for any other service besides itself.  The Army can operate helicopters, but its attempts to provide its own fixed-wing light transport were strongly opposed (and eventually taken over, and then junked) by the USAF;  and as for brown-clad pilots in fixed-wing combat planes, that’s always been a non-starter as far as the boys in blue were concerned.

The latest developments beg the question:  has the USAF decided to focus its efforts on the big/high/fast/expensive air combat and transport arena, and shuffle off the small/low/slow/cheap planes and missions onto the other armed services?  Budgetary reality may dictate such a changed perspective.  What’s more, the light combat aircraft involved are already being flown by several Third World air forces (including Afghanistan, Nigeria, the Philippines and others) with great success.  Is that, perhaps, showing up the USAF’s dilatory approach to the same aircraft as yet another case of the “not-invented-here” syndrome?  By “allowing” other US armed services to fly such aircraft, is it reserving the “first-class” missions for itself, and handing off the “second-class” stuff to others as beneath its notice?

The Army would love to get its nose into the tent as far as fixed-wing combat air operations are concerned.  There’s no reason at all why Army warrant officer pilots couldn’t be just as successful in fixed-wing aircraft as they already are in helicopters.  On the other hand, the USAF will doubtless be determined to set rigid boundaries, beyond which they won’t allow competition for their services to develop.  I suspect SOCOM will be fighting lots of political battles, as well as budgetary and technical ones, to get a fleet of light attack aircraft into operation.  Nevertheless, it has budgetary reality on its side.  If the USAF can’t afford to divert its money or its attention from its “primary mission”, as it sees it, it’s going to have a hell of a job persuading Congress that others shouldn’t be allowed to tackle that mission in its stead.  If US lives are at stake on the battlefield, that commands attention.

My own limited military experience tends to suggest that light attack aircraft can be very successful, even if constrained by a restrictive air defense environment.  South Africa built the Aermacchi MB-326 training aircraft under license from the mid-1960’s, under the name “Impala”.  It went on to build 100 of the single-seat light attack version of the plane, known as the “Impala Mk. 2”, shown below (image courtesy of Wikipedia – click it for a larger view). 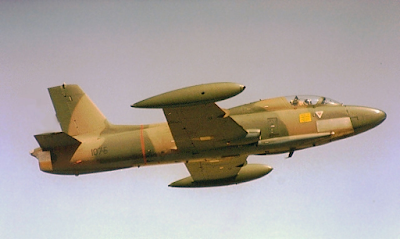 These were employed very successfully in the light strike and counter-terrorist role in northern Namibia and southern Angola during the 1970’s and 1980’s (in much the same way as the Cessna A-37 Dragonfly was developed from the T-37 Tweet trainer, and used in Vietnam during the 1960’s and 1970’s).  They couldn’t operate far into Angola, which possessed the most sophisticated Soviet-sourced air defense system (including radars, missiles, fighters, etc.) outside the Warsaw Pact;  but they could (and did) operate around and just inside the fringes of that system to good effect.  They suffered few losses, and scored some major successes, including shooting down six Angolan transport and attack helicopters in deliberate air-to-air ambushes.  They were a very useful adjunct to the South African Air Force’s primary striking force of more capable (and much more expensive) Mirage aircraft.  I saw the Impalas in action on several occasions, to our great appreciation from ground level.

That experience, and the USAF’s and allied countries’ experience with the A-37 Dragonfly, suggests that SOCOM’s plans are likely to be very useful in their type of operations.  I hope they succeed.